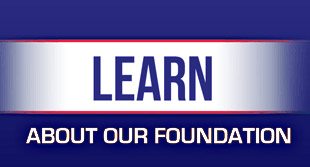 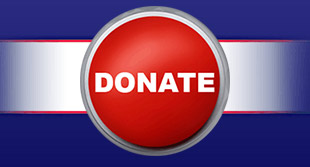 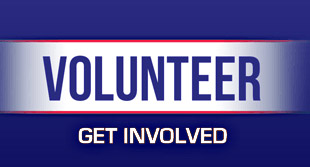 Roy Brown has been a member of the Somerset Community since 1970.

Roy is married to Jane Bielefeld Brown, has 2 boys and four grandchildren. Roy currently lives in downtown Somerset. Roy has served the community as an active member of the Somerset United Methodist Church, as a member of the Somerset Volunteer Fire Department, the Somerset ISD School Board, the Somerset City Council, and the Bexar County Emergency Service District 5. Roy was an Engineering Technician, Telephone System Coordinator/Manager, Supervisor of PC Desktop Computers, and Supervisor of Communications Project Management for City Public Service before retiring after 31 years. Roy is currently active in the Somerset United Methodist Church and the Somerset Education Foundation. Has a small farm/ranch with a few cattle to take care of. 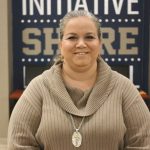 Michelle Villanueva is married to Frank and has 3 children and 6 grandchildren. She graduated in 1989 from Southwest High School.  She became a Somerset Community member in 1994 when her daughter started Pre-k. She was a housewife for 8 years until she started subbing 1996 for Somerset ISD.  In October 1998, she became full time when for Pattie Ayers hired her at Somerset Elementary.  She has worked for Somerset ISD going on her 21st year.  She is currently the Secretary for District Police and Instructional Services.  She is also the VP for the Athletic Booster Club.  She took a 7 year break from it when she resigned from the booster club in 2011 after working it for 8 years.  She also served on the Somerset Little League board as the VP from when her kids started Tee ball until they went to high school.  All 3 of her children graduated from Somerset and she now has 3 grandchildren in Somerset schools.

Tammy Hernandez was born in Fort Rucker, Alabama; moved to Somerset in 1969. She has been employed with 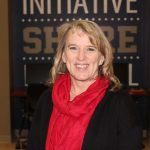 Somerset ISD since November 6, 2000. Her current position with Somerset ISD is the Assistant to the Associate Superintendent of Instructional Services. She is happily married to Larry Hernandez, has three children (Lauren, Erin and Tyler) and all are graduates of Somerset High School. Tammy and her husband have been very involved with several school and community organizations for many years with their children. Somerset Youth Livestock Organization (SYLO), Somerset FFA Booster Club, Somerset Athletic Booster Club, Somerset Little League, and Somerset Girls Pony League are just a few groups she has volunteered for throughout the years. Recently, Tammy joined the Somerset Education Foundation as a board member to support Somerset ISD students and staff. 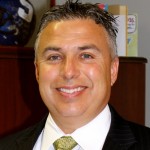 Married to Elsa and has 2 sons (David-16) and (Nicholas-10)
Education
Graduated from Freer High School in 1987
BS- Southwest Texas State University 1992
MS- Texas A&M Kingsville-2002
Doctorate of Education – 2015 from the University of Texas-Austin
Received Superintendent certification from UTSA in 2007
Employment
22 years of experience in Education.
Has worked in Somerset ISD for the last 10 years 4 years as a Junior High Principal and 6 years as superintendent of Schools.
Highlights
Represented Region 20 as Principal of the Year
Served on Region 20 Executive Committee in At-large position for 3A Schools
Was featured in San Antonio Express News for going district-wide with Teacher Advancement Program
Somerset ISD will be starting an Early College High School in 2014
Helped Somerset ISD pass successful Bond and TRE which was used to build a new Junior High in 2010
Helped bring in STEM into the district with the purchase of 2 labs which were featured in local media.
Organizations
Member of TASA
Member of TASSP
Member of Somerset Lions Club
Member of Knights of Columbus at Our Lady of Guadalupe Catholic Church

Laura Sue “Susie” Hernandez was born in Dallas Texas; grew up and 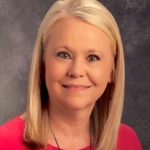 graduated from Van High School in Van Texas, but has resided in Somerset since 1983.  She is currently employed as Community Relations Specialist at Somerset ISD, since January 7, 2013.  She is also a Board Member and serves as Executive Director to the Somerset ISD Education Foundation.  Prior to her employment at the school district, she worked at Texas Community Bank, formerly Somerset National Bank for 22 ½ years from June 18, 1990 until December 11, 2012.  She held many positions at the bank during those 22 ½ years; starting in 1990 as a teller and ending her career in banking as Vice President and Branch Manager for the Somerset, TX branch.  Throughout her years in Somerset, Susie has volunteered for various organizations and civic groups and has served on the Education Foundation Board since 2009.

Bradley S. Balderrama, a native Texan grew up in Austin, Texas and

received his BBA from Concordia University with Honors. He attended St. Mary’s University School of Law in San Antonio, and became a Prosecutor for the Bexar County District Attorney’s Office. While there he tried numerous felony and misdemeanor cases to jury verdicts in the Criminal Trial Division, the White Collar Crime Division and the DWI Task Force. In 2009, he joined the law firm of Linebarger Goggan Blair & Sampson, LLP where he currently practices. 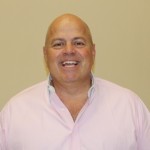 John Hayes has a BBA in Finance from Texas Tech University/University of Texas at the Permian Basin.  He is currently President of Activa Resources, a Managing Partner of One Savannah Ridge Development, L.P., and President of Strata Investments, Inc., all of which are located in San Antonio, Texas.  Hayes brings more than 28 years’ experience in business investment, finance and operations within the energy and real estate sectors. His diverse and unique skill sets include senior management in three public companies. His experience provides an excellent background for corporate governance, finance, operations, compliance and accountability. He is a dedicated volunteer and contributing citizen in the community.  He is a former Senior Vice President of Aminex USA, Inc. and Vice President, Operations Manager, Land Manager, and Landman at Caspen Oil PLC. 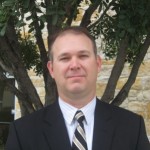 Mark Hodges, AIA is an Architect working in the San Antonio Area for over 20 years, primarily devoting his talents for projects that are Educational, Medical, Civic and Religious types. He has been part of programming, budgeting, master-planning and designing sites and buildings for several clients in his career. He is a native of the San Antonio area and was raised in the vicinity of Castroville/La Coste where he attended and graduated from Medina Valley ISD. An avid lover of sports, he played Football, Baseball and Basketball growing up as well as participating in FFA and 4H and showing livestock animals at Livestock Shows. After graduating from Texas A&M University, he returned to the San Antonio area where he currently works with KNRG Architects in Helotes, Texas. Mark is married to Jennifer Hodges, an elementary school teacher, and they have two daughters and a son. He has been affiliated with public education throughout his entire life, as his wife Jennifer is an elementary school teacher and both his parents are retired schoolteachers. He also comes from a family of Somerset ISD Alumni, which include his Grandmother, Grandfather, Mother, and Father.

He is a member of the Institute of Architects (AIA): San Antonio Chapter and had been a member of the Council of Educational Facility Planners International (CEFPI): Southwest Texas Chapter. He has served as in leadership roles with the San Antonio Area Chrysalis Board, been Chairman of the Stewardship Committee at Coker UMC and involved in both the Church Building Committee and Growth Planning Vision Board while also volunteering to help the Coker UMC Youth Group. Recently, he has served on the San Antonio Christian Schools Facilities and Master-planning Committee. And currently is a member of the Greeting/Usher Committee at CrossBridge Community Church.

His interests include playing and coaching sports and outdoor activities including hunting and anything else that can take him to the serenity of the rural environment. He also enjoys traveling, watching his three children participate in sports and volunteering with church ministries and school related organizations. 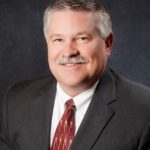 John E. Rothe is the Vice-President of Engineering Services for the Engineering and Surveying firm of CDS Muery in San Antonio, where he has devoted his time to project engineering and project management for over 20 years. He has over thirty years’ experience working on municipal and public improvement projects, including ten years with the Texas Department of Transportation (TxDOT) and twenty year with CDS Muery.Mr. Rothe has extensive experience on public and private sector projects including school site developments, City, County, and State roadways/highways, stormwater drainage, street resurfacing and reconstruction, utility rehabilitations, subdivision platting, and regulatory permitting at all levels of government. He has performed design and construction management for renovations and additions at many area school districts, including Somerset ISD.
John has been married to his wife, Kim, for almost 31 years. They have 5 children and 4 grandchildren with one on the way. He is a graduate of D’Hanis High School and Texas A&M University. His wife and daughters are also Aggie graduates, with his son scheduled to receive his diploma from Texas A&M in December 2017.
John is uniquely familiar with school district needs and operation procedures since serving as a School Board member of D’Hanis ISD for 12 years (1996 to 2008). He is an avid sports fan and loves to hunt, fish, and spend time with his grandchildren. Education and service has always been important to him and his family. Serving on the Somerset Education Foundation Board provides him the opportunity to give back to students and help in their learning experience.
EDUCATION & CREDENTIALS
D’Hanis High School, 1982
B.S.C.E., Texas A&M University, 1986
Licensed Professional Engineer (PE), State of Texas No. 73075
Certified Flood Plain Manager (CFM), Texas #2174-11N 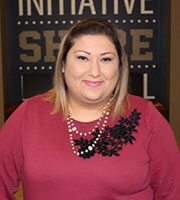 Friends of the Board